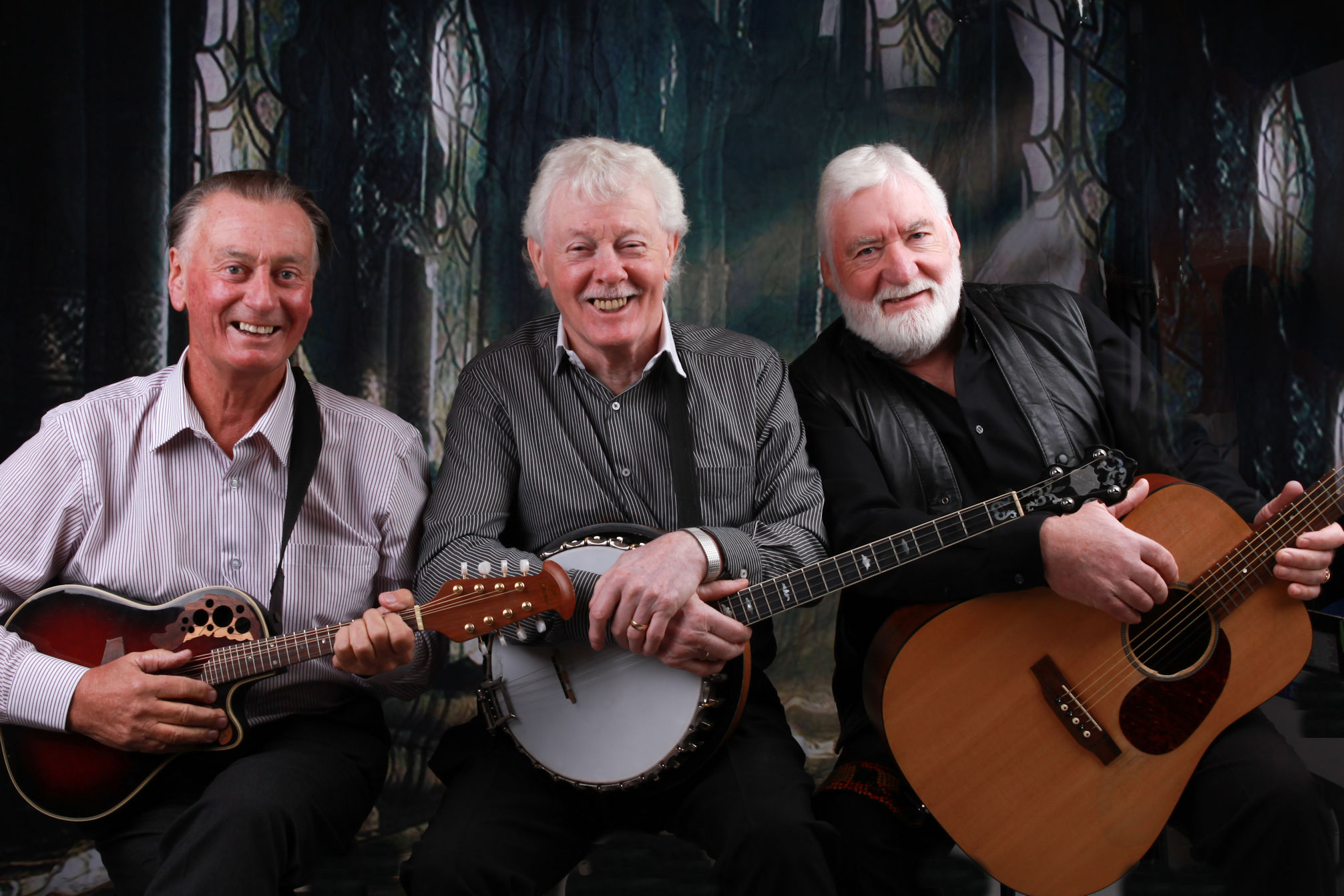 The Dublin City Ramblers are Ireland’s No. 1 Ballad & Folk Group with 8 Gold Albums.

Have thrilled audiences worldwide with their unique blend of ballads, folk, humor, wit, and foot-tapping Irish music. Their impressive career has spanned more than 50 years, with over 40 albums, top ten hits, several awards for Best Ballad/Folk Group and to top it all off, 8 Gold Albums. It is certainly no wonder that they are classed as Ireland’s Number One Group!

All members hail from Dublin, Ireland. Founding member Sean McGuinness provides lead vocals with his banjo and mandolin. Members Derrick Keane – lead guitar and vocals and Pierce Plunkett – rhythm guitar and vocals have both been with the Ramblers for 30 years.

Their music has taken them all over Europe to rapturous receptions. Performed in every major venue in Ireland, including Dublin’s National Stadium, National Concert Hall, Cork’s Opera House, abroad in the England’s Royal Albert Hall and New York’s Carnegie Hall.

The Ramblers have been honored on several occasions receiving the Ballad/Folk Group Lifetime Achievement Award in 2019 from Midlands Radio 3/Keltic TV. Receiving the Keys to the cities of Ft. Lauderdale and Hollywood (Florida) and Moorehead, Kentucky. Been inducted into the Hall of Fame in the Sanford, Florida Helen Stairs Theatre, and have received The Arkansas Traveler Award.